As an individual who has competed in many sports, and continues to partake in many activities, I would like to clarify the misconception of Sports.  ESPN has muddied the already murky waters between SPORT and COMPETITION. However, the network clearly identifies itself in it’s branding as an Entertainment and Sports Programming Network (thus, ESPN), clearly recognizing that there are differentiators between Sports and everything else it will cover.

At the end, you can find the definitions and clarifying sub-points used as a baseline for categorizing the games played by humans and my writing:

GAMES:  Any activity, Physical or non-Physical, competitive or not, that provides entertainment or amusement is called a GAME.  While all ACTIVITIES, COMPETITIONS and SPORTS fall into the category of GAMES, not all GAMES can be classified as a SPORT.  This will be our starting point and broad overall term for and has been recognized as such:  i.e. Olympic Games, Winter Games, X Games, Board Games, etc.

COMPETITIONS: A COMPETITION is an ACTIVITY that introduces competing. Because superiority is the goal, there must be 2 or more participants.  The participants understand what specific physical activity is being showcased and how the winner will be determined, ie Third Party Judges or dominant showing.  In a COMPETITION, participants have introduced guidelines to the ACTIVITY to showcase their physical talents.  It is understood that each participant controls their physical efforts that will determine their success (throw farther, run faster, etc).  Though at times “defensive” or “strategic” maneuvering may occur, it is done due to inferior physical abilities and playing surface rules (Auto Racing, Cycling), however at most times, simply possessing superior abilities wins out.

SPORTS:  SPORTS are those COMPETITIONS that incorporate strategy and skill, both offensive and defensive, into the rules.  The biggest differentiator is the ability for participants to use strategic skills to both advance their physical abilities for superiority and to hinder the physical abilities of the competitor.  Strategic Skill is ingrained into the activity and the rules governing.  Participants’ physical abilities are used to advance their chances, and/or to hinder the abilities for a competitor to win.  A SPORT will have a winner declared based upon the score of the game.  Officials and referees are an integral part to enforce and interpret the agreed upon rules. Winners are determined by scoring that is controlled by the play, never based upon a judging scorecard. Every SPORT is a COMPETITION, but not every COMPETITION is a SPORT.

Even though my own daughter is a gymnast, Cheerleading and Gymnastics fans out there will be disappointed to hear that they are COMPETITIONS.

This is not a knock against any GAME, ACTIVITY, or COMPETITION, as they all have a place in the world of entertainment, but lets not generalize them all as SPORTS.

At some time in the future, I will attempt to clarify the misconception that if your GAME, ACTIVITY, COMPETITION, or SPORT is covered by ESPN, this does NOT elevate the participants to be labeled an “ATHLETE”!

GAMES: 1) An activity providing entertainment or amusement; a pastime: party games; word games.   2) a) A competitive activity or sport in which players contend with each other according to a set of rules: the game of basketball; the game of gin rummy.           b) A single instance of such an activity: We lost the first game.       c) GAMES:  An organized athletic program or contest: track-and-field games; took part in the winter games. [like the Olympics]      d) A period of competition or challenge: It was too late in the game to change the schedule of the project.

ACTIVITIES: a thing that a person or group does or has done.

COMPETITIONS: the activity or condition of competing. Competing: strive to gain or win something by defeating or establishing superiority over others who are trying to do the same.

SPORTS: an organized activity involving physical exertion and skill in which an individual or team competes against another or others for entertainment 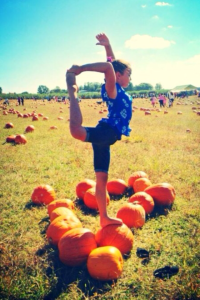 When your kids become involved in athletics, you simply want the best for them. Some believe the best means awards and trophies, while others believe in simply having fun. Being a competitor my whole life means I want both for my kids. If you just want to have fun, then its just an activity. Athletics is meant for competition and the pursuit of perfection (Being the Best), but at no time should this ever be detrimental to your child. The main message should always be for athletes to practice and compete to the best of their abilities; to be proud of their efforts.

Seeing gymnasts cry during practice– Made me Wonder

Watching multiple gymnasts struggle with fears, skills, and injuries– Made me Question

Believing that in your words, my daughter was disrespectful and disruptive in practices– Made me a Fool

Seeing my daughter, in a new gym, reclaim her PASSION and LOVE for gymnastics while being treated with respect– Makes me Cry

Hearing that others also see through your facade, recognize you for who/what you really are, and are leaving– Makes it Obvious

In the end, my child is in a better place, confirmed by the smiles and positive attitude she displays on a daily basis since the move to a new gym. For this, I am thankful.